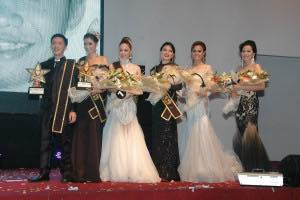 all last August 15, 2015, as SWU-MHAM College of Medicine concluded their MHAM days with the awarding of Mr. and Ms. MHAM 2015. The contestants opened  the event by presenting their dancing skills in  an  enthusiastic production number followed  up later with   their everyday school-wear. Applause could be heard as minor awards were given to the contestants which included; Mr.and Ms. Photogenic to Mr.  Nishant Prajapati and Ms. Genica Leah Jabines, and Best in Production Number to Mr. Ken Reoma and Ms. Maureen Villareal. People’s Choice award goes to Mr. Narcissus Bajamunde and Ms. Nephthali Estenzo.  Everyone was dazzled by the black or white formal wear donned on by the contestants as they gracefully walked on the stage in the evening wear around. At  this juncture, thundering claps greeted Ms. Liz Zosa as she announced the top 5 finalists for Mr. MHAM and Ms. MHAM. Mr. Ken Reoma, Mr. Nishant Prajapati, Mr. Buck Baliton, Mr.Narcissus Bajamunde and Mr.Moises Palma made to the finals around of Mr. MHAM, while, Ms. Maureen Villareal, Ms. Edda Ayohan, Ms. Michele Tornilla, Ms. Leah Tanzo and Ms. Jenica Leah Jabines composed the finalists for Ms.MHAM. Awards for Best in Uniform were also given to Mr. Ken Reoma and Ms. Maureen Villreal. Excitement coupled with anxiety came during the final around, when finalists were asked their opinion on human and animal xenotransplantation. Finalists who’s turn wasn’t up yet were given headphones with music. Mr. Moises Palma and Ms. Genica Leah Jabines were 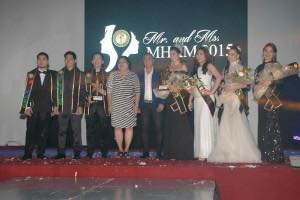