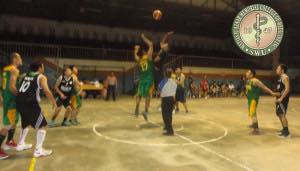 In the outdoor court of Sacred Heart School for boys, MHAMurals were held to the great anticipation of the student body.  The Basketball competition started the day as the students went against each other and the MHAM Community. Simultaneously, the Volleyball, Table Tennis and Badminton occurred imbibing the air with a competitive spirit. The venue bustled with activity as everyone challenged each other with energy and determination. The drive to triumph plain to see in each competitor as they opposed their rival in their respective sport. Abellana National High school likewise hosted another MHAMural competition the Football division. All who attended in either setting could attest to the willpower of each competitor. 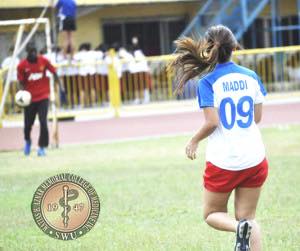 A short break at noon succeeded to restore their vitality as they tackled the proceeding rounds with fortitude. In the center of all this activity the Chess competition was held at Sacred Heart School as well, testing the wit and tactics of the competitors. Both men and women each held their own games as they played with stratagem and maneuvered their pieces in well thought out cunning.

At the end of the  day, none of the competitions had an outcome as the finals then occurred on the next in a heated battle for victory. This battle was grueling as everyone felt the pressure of the finals. Supremacy right at their fingertips as they grasped for the prize in each respective sport, battling with conviction. Each desired the title in either a lone chess battle or a team basket, the years rallied each other in an effort to triumph. Finally the results were in and the champions overshadowed the defeated. 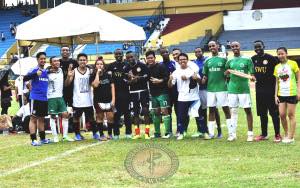 In Football, the victors hailed are the 3rd years, hailed Solarium, batch A & C. 2nd place was then won by the 3rd year batch of B & D and the 2nd years batch Elixirs won third place. In a close match where 3rd years fought each other for the win, ending in a 2-1 victory  for Solarium with goals from Cedric Tumbo and Samuel Diribe leading to their victory.For the Basketball Competition, the number one champs are the 3rd year students followed by the 1st years and lastly, the 2nd years. In the Volleyball Competition, the Men’s division held 3rd year as the champs as well, followed by 2nd year and then 1st year. The Women on the hand held the 2nd years as champions and next in line the 1st years and lastly, the 3rd years. 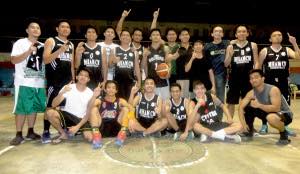 The audience was inspired with excitement with the displays of talent from both the males and females of MHAM. It was a truly amazing spectacle and we wish them luck in winning the Medlympics with all our support.