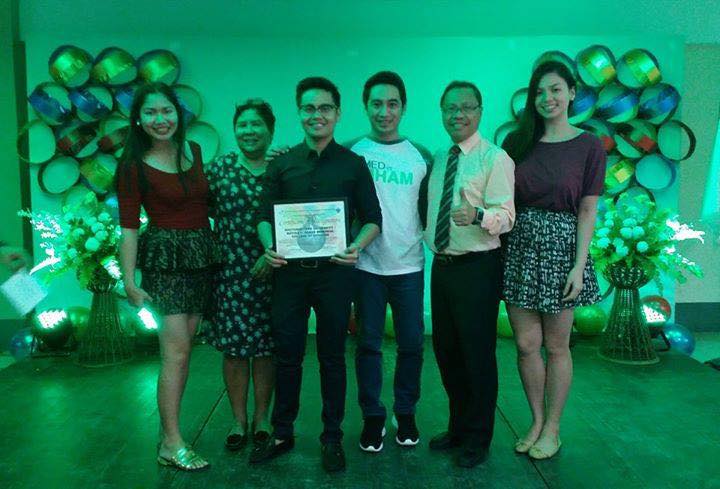 The Association of Philippine Medical Colleges (APMC) – Student Network had just concluded its 4th Regional APMC-SN Convention held at Iloilo Doctors’ College of Medicine in Iloilo City last Nov. 13-15, 2015.  The main highlight of the said convention was the Medical Research Competition which was participated by ten (10) medical schools in the Visayas region.During the preliminary elimination, the organizers have carefully screened the finalists,  employing  a double-blind selection – which means that no names of medical schools and authors of papers were mentioned.   Selection was based on the merit of the research submitted.  From almost 40 papers that were submitted, five (5) finalists were named as follows:  3 papers were selected from SWU-MHAM CM and the other 2 papers came from the West Visayas State University College of Medicine. And during the convention proper, all the 5 finalists presented their research papers and were judged by 3 scientists from the Southeast Asian Research Center and from the University of the Philippines (Visayas).  The SWU-MHAM College of Medicine  emerged as No. 1 and No. 3 of the top three research papers to be submitted as qualifiers for the 49th APMC National Convention to be held at San Beda-College of Medicine come February  3-5, 2015.  The second place was garnered by the West Visayas State University College of Medicine. 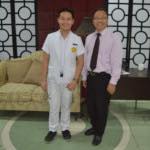 On another development, SWU-MHAM College of Medicine as ranked 3rd in the Medical Quiz Bee during the same convention, Nuttawut Tuppila, Jemimah Flor Perocho,  and Panaglima Daniel.

KUDOS TO THE SWU-MHAM COLLEGE OF MEDICINE STUDENTS, FACULTY AND MANAGEMENT.   WE ARE PROUD TO BE MHAM !!!